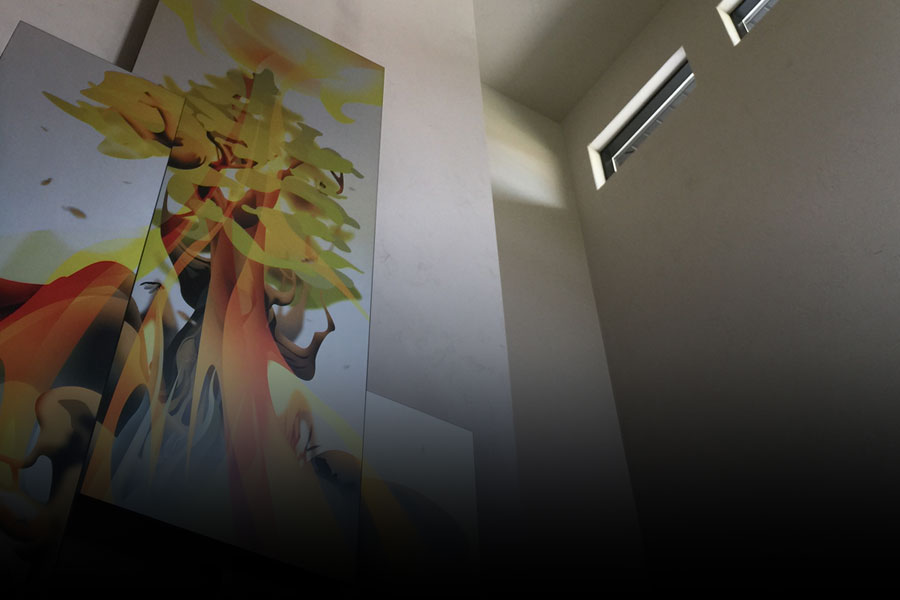 I was given the opportunity to create art for a private residence and was told to create whatever I felt I wanted. The home was in blueprint status when approached.

Because I create digitally I was able to make a mockup to show the home owners before production. The mockup also gave me the chance to experiment with ideas to help maximize impact.

I wanted the art to be a part of the home as well as incorporate the family. I settled on the idea of a tree and in particular the roots of a tree. In my opinion the home was where they were placing there family roots.

This was my first attempt at layered panels of different depths. The depth thought came from a suggestion by the home's construction design team. I loved the depth variation idea and thought it could act as a 3d effect of the tree roots. The challenge was then to design and build the finished concept.

The tree has hidden meanings connected to the family and the seeds falling represent their children.
Seen in Parade of Homes Show - Appleton Wisconsin 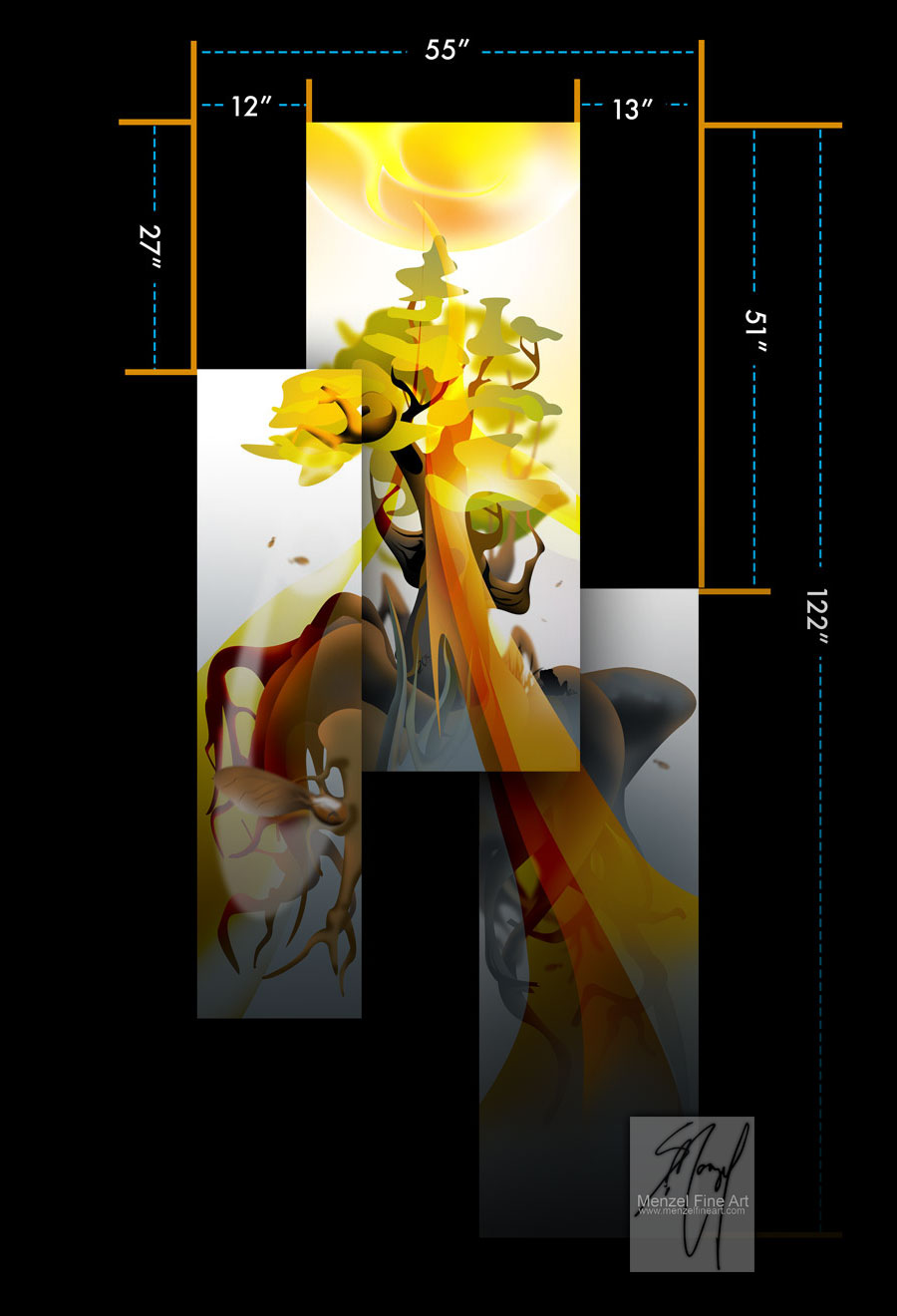